Microwave Ovens - Who, When, Why and How? 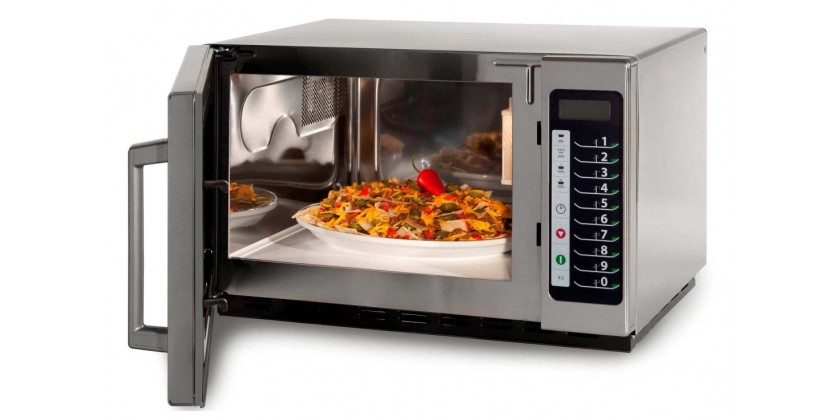 Many inventions through the centuries have been accredited to a single person, but the truth is that many small inventions or developments first have to be made before finally a single person comes along and turns all of it into one functional or practical product which changes everyday life. Look at any invention, the automobile, lightbulb, aeroplanes even atomic energy, all of them started at very humble beginnings and turned into things that changed the course of history and humanity as we know it. Microwave ovens are no exception to this… Yes, that kitchen appliance in almost every home across the globe has a much richer history than you would imagine.

So what does a microwave oven actually do to cook food?

Electromagnetic radiation in the microwave frequency range is introduced to food molecules (Including polar molecules) causing them to start rotating and create thermal energy also known as dielectric heating. In laden terms, it bombards the food with a microwave frequency that gets the food particles to create heat and cook itself.

This is the most effective cooking method for foods that have a high water content as the molecule excitement is evenly distributed insuring an even heat distribution that in turn insures food is evenly cooked through in a fraction of the time of conventional stove-top cooking.

When did this technology become available for home use?

Well unfortunately like a lot life changing inventions this technology was originally developed for war, in this case the Second World War to be more precise. This technology was developed as part of a radar system during World War 2 known as “Radarange” and was first sold in 1946. The company called Raytheon a U.S defence contractor and industrial corporation that main focus was on military and commercial electronics. They later applied for commercial home use patents and was introduced to the market by Tappan in 1955 but the average dimensions where too large for home use. However is 1967 a corporation called Amana created and distributed the first countertop microwave that you will find variants of today all across the world in commercial and private kitchens.

Who and how was the Microwave discovered?

Percy Spencer a self-made engineer in 1945 accidently discovered the microwave beam and its affects while working on an active radar system for the Raytheon Company. As he was doing testing on the system he noticed that a chocolate/candy bar he had on him was starting to melt and heat up rapidly. He started refining the process and confining the microwave beams in isolated enclosures and proceeded to make the first microwave popcorn and egg (Which exploded).  This accidental discovery if now present in almost every household across the world in some form or measure, and will not be going anywhere any time soon.

Food nutrients and the affects that a microwave has on it

Nutrient loss or breakdown is present in every type of food preparation and is normally contributed to a couple of key factors; how much water is used in the preparation, how long it is cooked and at what temperature. With this mentioned most nutrients are lost by leaching into the water being used to cook it in. Most studies that have been done comparing different cooking methods shows that Microwaving losses considerably less nutrients and helps the retention of micronutrients much better and this is a direct result of considerately shorter cooking times that are needed when using this form of preparation.

Ok, there are definitely some drawbacks when it comes to the taste of microwaved foods. And this is predominantly due to the reduced cooking time, simply put, food doesn’t have the required time needed to change its molecular structure into the tastes that we love with stovetop prepared meals, even if it is healthier. However over the years microwave oven manufacturers have added many features like broiling and thermo-fan functions that browns and improves the taste of meat and vegetables to such an extent that you would think it was made in a conventional oven.

So what about the rumours of health risks associated with microwave ovens?

We just want to address the elephant in the room….Radiation produced by Microwave ovens do not have the cancer causing ability such as X-rays and other high energy particles. This is due to the fact that the radiation produced is non-ionizing radiation. Even studies done at chronic exposure levels at 2.45 GHz microwave radiation over extended periods of time failed to show any cell structure change at any molecular level. Even health organizations have abounded frequent monitoring and testing as the risk levels are too low. With the added safety devises by manufacturers they have made something that was safe to start off with, even safer! The only thing you must truly worry about is the hot food coming out, so always make sure you have some oven mitts handy.

Super heating of water and other liquids can be an extreme concern. This happens when heated in a microwave oven and the liquid reaches a temperature slightly higher than its normal boiling point, but lacks the bubbles of vapour in the liquid. If then disturbed (Adding additional ingredients or simply removing it) the boiling process can start very unexpectedly and also very violently, which intern can eject the superheated liquid from its container, which could cause serious harm. So to avoid this simply open the door and let it stand for a while, it’s worth the additional seconds.

Also never put a sealed container or even an egg inside without making sure that the expanding super-heated steam can escape, as this could result in the container or egg to explode.

There is no doubt, this invention that was accidently discovered has become a household appliance and made things a lot easier in the everyday tasks of heating up coffee/leftovers or even defrosting a lovely piece of meat so you can get dinner finished in time for your families dinner. However with all its health, energy/time saving and safety attributes we truly believe that it is an appliance that deserves a little more credit and consideration when planning your next meal.

View all our Microwave Ovens Today!

All fields are required

Excellent communication and a seamless order to delivery process. Thank you!
30-10-2022
Review By Alicia,

Excellent communication, great price, fabulous product. Was really impressed with every stage of my ...
30-10-2022
Review By Steven Gomm,

Once again, another great price, service and delivery. Communication about worktop and delivery was ...
http://www.stevengomm.co.uk/ 26-09-2022
Review By Maggie Botham,

Efficient and prompt service after ordering on line. Delivery was as agreed.All in all excellent pri ...
08-09-2022
See all Reviews
Copywrite 2017 - www.bbk-direct.uk.com (Worktops & Flooring UK Ltd)